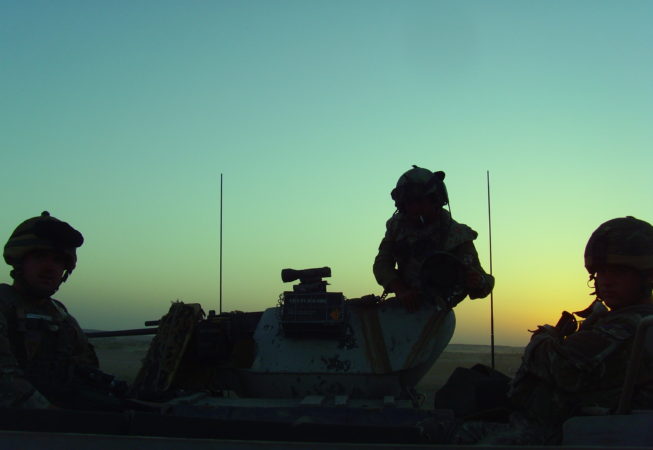 The question he barked out to his team moments after impact. No one heard, everyone’s ears still ringing from the power of the blast, his own included. One ear drum perforated, the other badly damaged. Through the thick dust cloud he tried to grapple for his weapon, but his arms wouldn’t move. Realisation. It was him.  In the seconds and minutes that followed, Luke’s team worked fiercely and fearlessly to save his life. They wound tourniquets round his legs and arms, lifted his broken body onto a stretcher and lay their own bodies across his to protect his open wounds as the blades of the descending chinook whisked dust and debris into the air. Still barking orders until the moment he was in the helicopter and then his last order; ‘Knock me out.’

It was the 20th November 2010, when Luke’s life took a catastrophic turn. While out on patrol in Helmand Province, Afghanistan in his role as a Royal Engineer Search Advisor (RESA), he stepped on, and detonated an IED. The blast claimed both his legs above the knee, severely damaged his left arm, and broke multiple bones and fingers on his right. He also sustained severe damage to his lungs and shrapnel to his face and torso. He was airlifted to Bastion where surgeons began the amputation of his limbs and stabilizing him for the flight back to Birmingham. He would spend the next 2 weeks fighting for his life in an induced coma and the following 7 weeks in and out of surgery while doctors tried to repair and retain as much of his limbs as they could.

With life changing injury, comes a life changing decision. Do or die. Luke had to decide if this was going to get the best of him, or he of it. For him, however, it was never in doubt. He battled his injuries head on and always considered his glass to be half full, even during times when it was almost empty. His incredible inner strength powered him on, helping him to overcome any number of hurdles and endure the excruciating pain of intense rehabilitation. His personal mantra; Never give up. Failure is not an option. He still had life and he was going to live it.